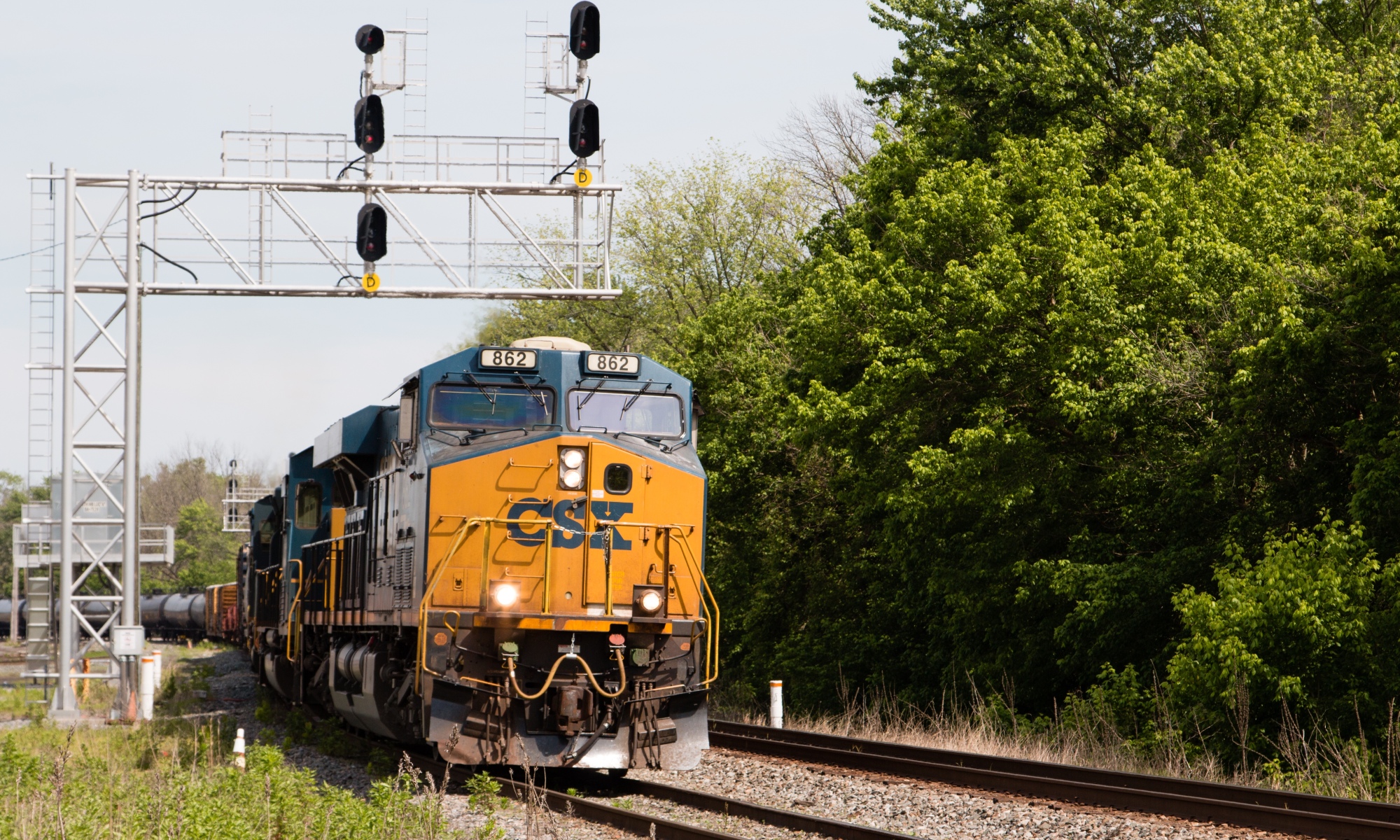 This past week my father came into town from Michigan. One of the interests that we share is in Trains including watching, modeling, and photographing them. A benefit of living in in Frederick Maryland is being so close to a couple pretty great locations to watch trains in both Brunswick and Point of Rocks Maryland.

These are some photos I got that day!

We started the day in Point of Rocks. When we got there we met a man let us know that the Capitol Limited should be there shortly so we hung out and waited to see what we would be able to see. The Train ended up being a little over an hour late, but was great to see.

After hanging out in Point of Rocks for a couple hours we decided to get lunch and look into heading elsewhere. We grabbed lunch in Brunswick and made our way to the MARC station to start.

From there we noticed the end of the yard had two BNSF GE locomotives, and a second series of tracks on the opposite end of the parking lot. The BNSF Locomotives were idling away, but just close enough to grab a photo or two.

We looked at the signals and knew something was nearby, and we didn’t have to wait long to see a pair of GP units heading up a short consist that was actually a CSX Geometry Train.

After the Geometry train went by, the signals on that pair of tracks kept alternating, so we weren’t sure what was coming up. Shortly after that we heard the rumble of something moving nearby and we were surprised when we couldn’t figure it out right away. It ended up being a train getting put together and preparing to leave.

This was an awesome sight as the train was moving back and forth feet away from the parking lot and allowed for some great photographs of the locomotives.

Overall, it was a pretty cool time and we got to see a lot, and something different than we had seen when train watching in the past!