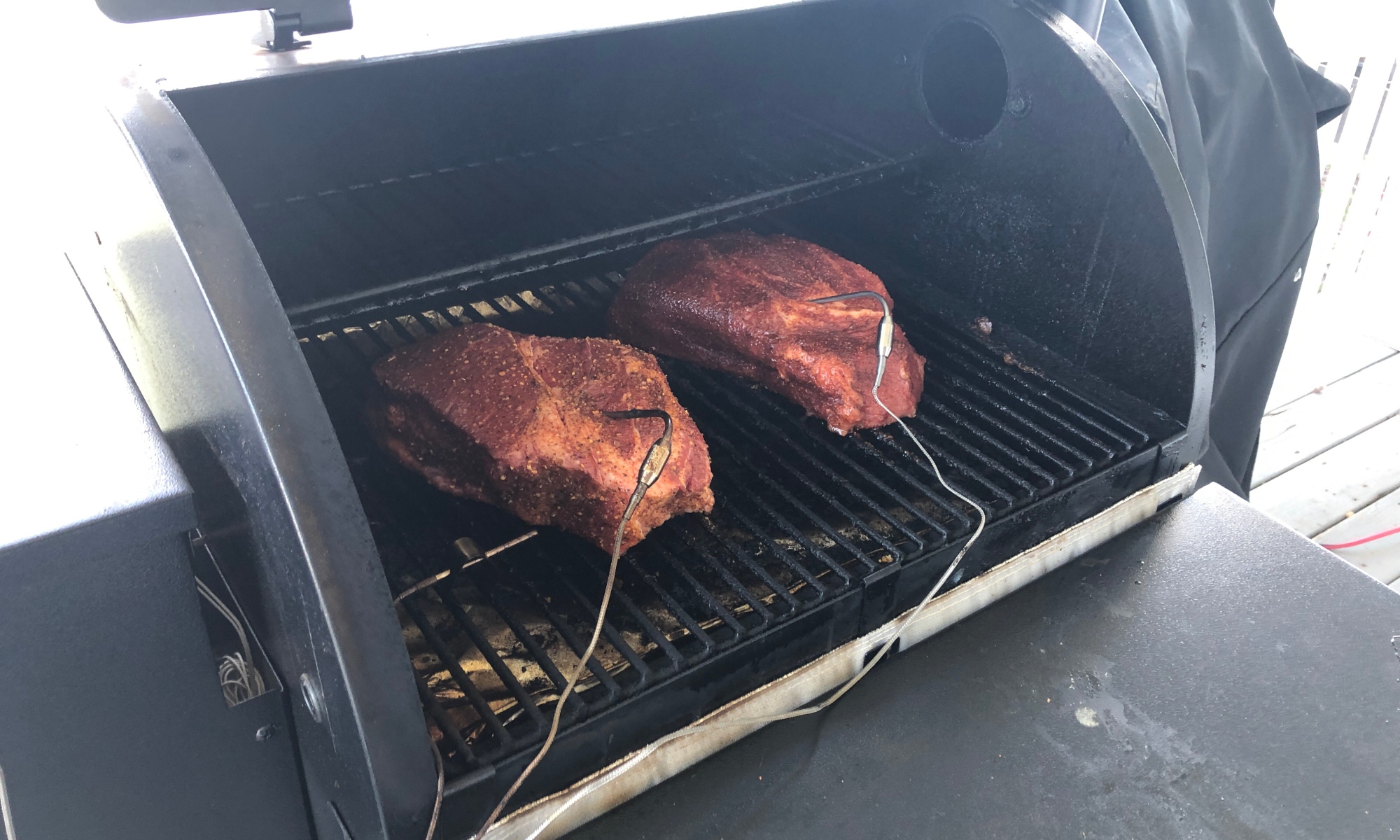 Back in January I hinted at this product and an upcoming review and I think that I have used it enough to let people know how I feel about it.

I have used the Fireboard FBX11 Thermometer now since Mid-January for everything from Spatchcock Chicken, to Pit beef, to Pork Butt, and each time I have been able to studiously monitor my cooks. I have been able to monitor Grill Temps, Internal Temps, and see the data graphed out for me on the fly.

The beginning of this review has to begin with a failure using another product. Prior to getting the Fireboard I was given the Grill Eye Pro as a very generous gift from my mother, and I was so excited to use it. I asked for it for Christmas because of a solid recommendation from her, however, the first cook I used it on I began experiencing problems. The goal for a WiFi thermometer for me is to be able to use it remotely, around the house, and potentially if I have to briefly run out during a cook. Initially I thought the Grill Eye would solve this but I realized quickly that it had a flaw. The flaw was that the Grill Eye Pro wouldn’t connect directly to the wireless internet access point (router). The thermometer used my phone as a bridge using Bluetooth and then as soon as I walked away the thermometer disconnected due to lack of signal. As a thermometer, it was fine, and the mobile application was actually very nice, and had a pleasant UI, but I couldn’t get the thermometer to function as I wanted, and therefor, had to send it back.

Time for the Fireboard FBX11

After getting the return, my mom did more than I can imagine and sprung for the entire cost for me to upgrade to the Fireboard FBX11 Thermometer. This thermometer resolved the issues that I had with the Grill Eye and allows me to actually leave the house and monitor the cook because it connects directly to the router, and then transmits the data through the internet to my phone.

In my testing I was able to disconnect from the local WiFi, connect to the LTE network, connect to a VPN and still monitor the application and cook with the Fireboard application logging the data. This was huge. In the previous experience, all data was lost for the previous thermometer, and the settings reverted to degrees C, and any customization was lost.

In addition to solving the connectivity aspect of the equation, the Fireboard FBX11 thermometer has the ability to have 8 probes, and assign each probe an individual name, allowing a simple ability to monitor a large number of items or areas simultaneously, and monitor each to get to the appropriate temperatures. As soon as the device is turned on it tracks the cooks automatically by automatically creating a session. The thermometer also stores the data of each individual session and allows for naming. This is especially nice for being able to go back and look at different sessions and see how things progressed.

Session Screen on an iPhone X:

Each time I have used it, I have used the ambient probe in slot one allowing me to verify my grill’s built-in temperature sensor and ensure the barrel is at the right temperature. From there I insert the additional probes into the other items, whether it be one probe per item being cooked, or one probe per area in the cut.

Dashboard Screen on the Fireboard App:

The charted data then updates on quick intervals, allowing the sessions to be tracked thoroughly, and even gave interesting insight into my Traeger Renegade Pro‘s heating cycle, seen above. While the temperature was fluctuating, it was still averaging approximately 250 F, until the temperature was raised toward the end of the cook.

Overall, I would highly recommend the Fireboard FBX11 Thermometer as it provides me with a wealth of track-able information to monitor the cook live and then also be able to use data in the future to be able to know how the grill is operating, when to expect to pull the food, and take my cooking to another level. The downside to the thermometer would definitely be the price, as it is likely steep for many people. At the time of writing, $189.00 from the manufacturer.