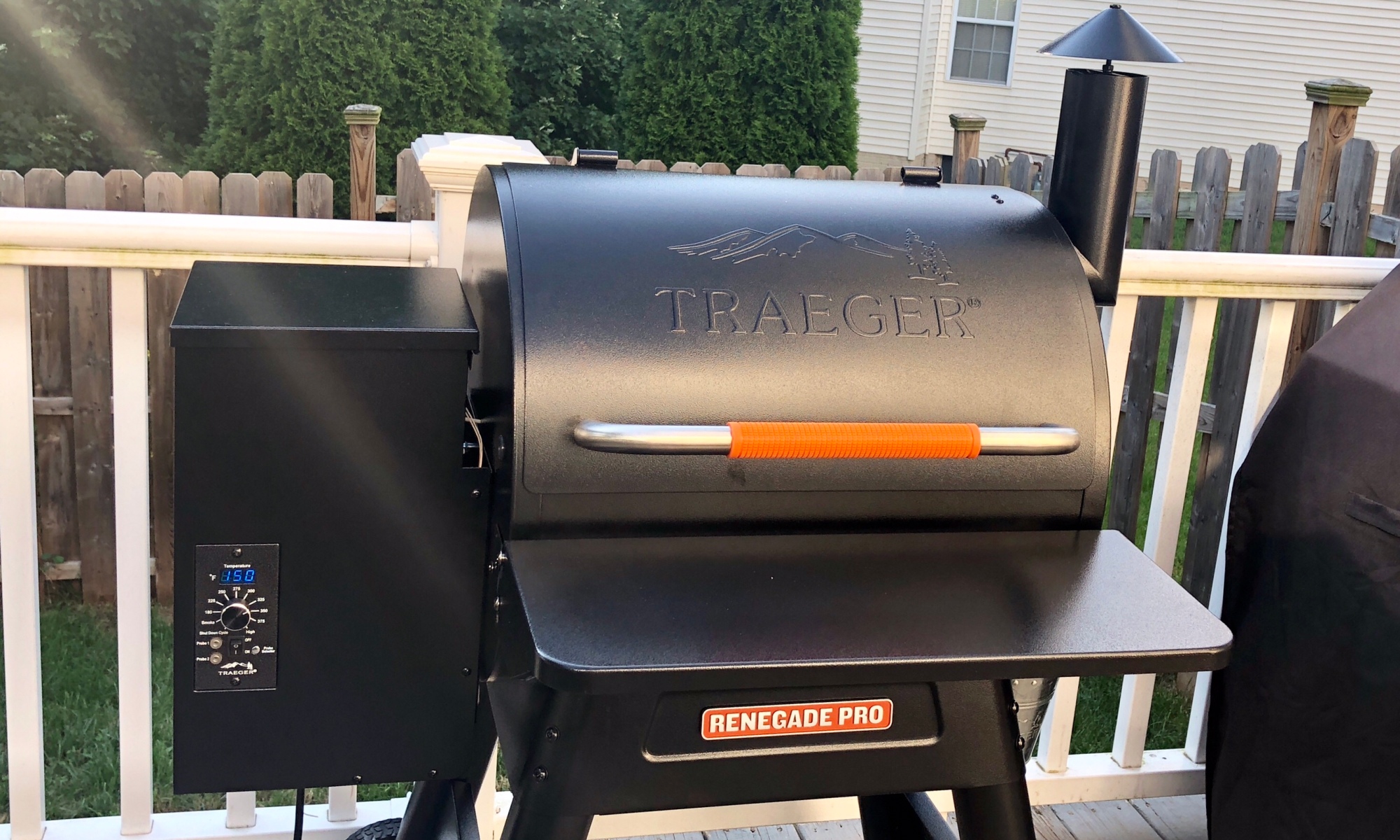 After buying my new house I finally had space to have the grill I had been looking at online and wanting for a long time. I knew I wanted a Traeger, or at minimum a pellet grill, but previously living in a Townhouse/Condo and small community, I didn’t think it would be the best idea. Once I moved to my new home, it was go-time.

After looking for a long time I decided on the Traeger Renegade Pro. I figured that the deal that Traeger had on their website, the grill plus a multitude of accessories, was the best option. Previously I had been looking at the Tailgater or another grill in their Elite series, but I knew I would be wanting more immediately. One night shortly after moving in I finally placed the order and waited patiently for my new grill to arrive.

Every day, I sat online refreshing my order looking for an update to its shipment status. One day the order processed, another day I received a shipping number, then finally, the shipment was on its way, and then the anticipation rose exponentially as I waited for it to arrive.

Once I finally received it, I WAS HOOKED!

Since I received the grill I have expanded the pellet collection to having Hickory, Mesquite, Pecan, and Apple (Hickory and Pecan being the frontrunners), and I will be getting more soon. I have prepared many chickens, roasts, burgers, sausages, steak, etc. and I love the thing.

The grill came with an assortment of Rubs and a couple of their sauces, all of which I have tried and enjoyed, but most of all, I have enjoyed cooking on the grill. I already really enjoyed cooking, but now, I barely can keep myself from using the grill. Nearly every meal I have made since receiving it, it has been used and produced phenomenal results. You can taste the wood flavor, you can really set it and come back and know it is going to be good. My only bad experience was user error and letting the hopper run out of pellets, but the grill did a great job of holding temperature while I made up for my mistake.

Since I bought the grill I have had people over and used it each time, and everyone I have cooked for, or has tried the food coming from the grill, has absolutely loved what I have made with it. I have recommended it to everyone who expresses an interest in what I have shared.

I am not paid by Traeger, I just love my grill.

See update after 3 months with the grill here!