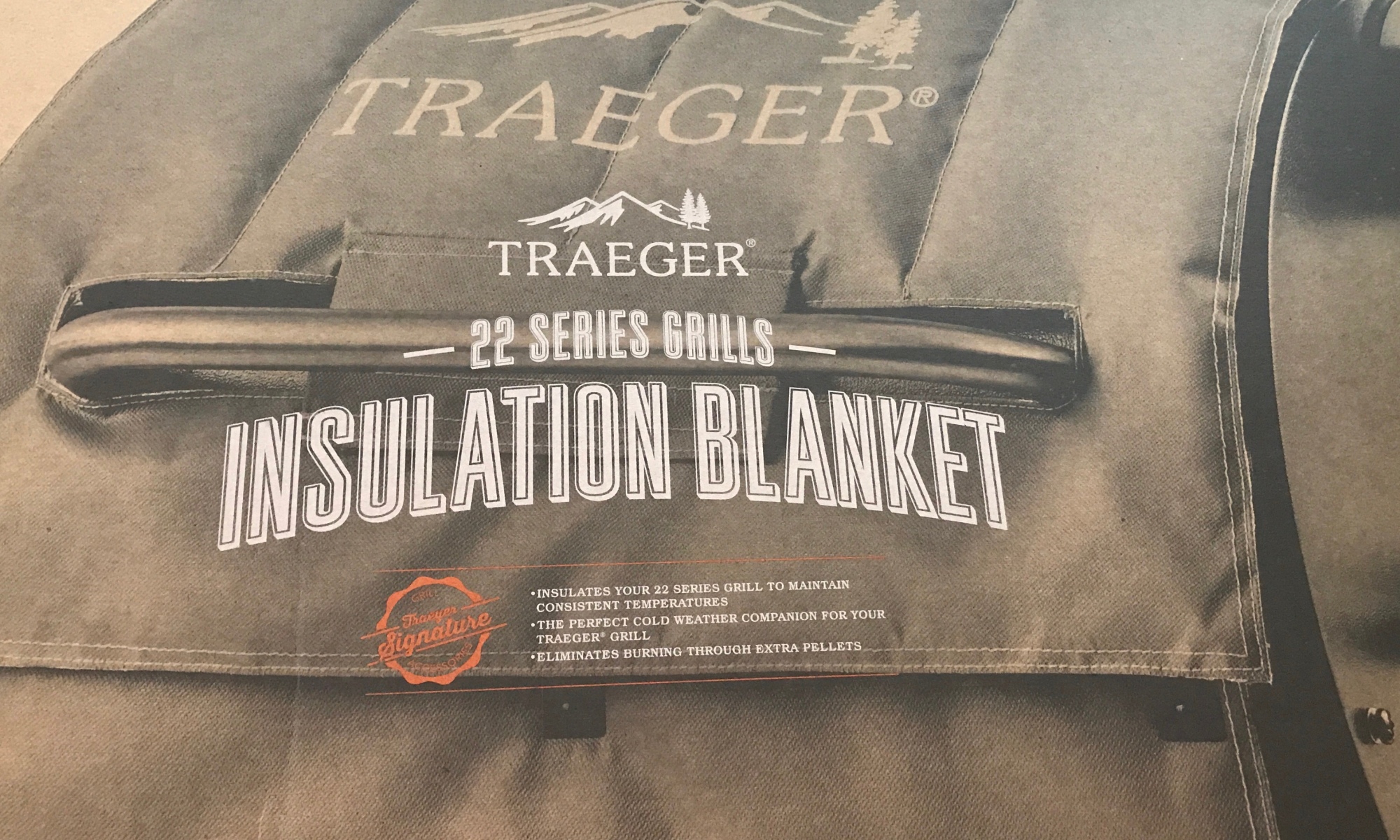 It has been 43 days since I initially reached out to Traeger Grills Customer Support about the Insulation Blanket for my Traeger Renegade Pro grill and it looks like things may have finally been resolved. I recently received notification from UPS of a package being delivered to my home and when I looked at my cameras, I noticed it was not a Butcher Paper Roll sized box, or an Amazon Box with Pellets, but a box that was almost poster-sized. I was excited. There was only one thing it could be.

This weekend Maryland was hit with a wave of cold that has actually led to a pipe freezing in my house, and wind that brought the Windchill to around -15° F, and I was out there grilling and hoping for the best with my grill’s efficiency. All in all, it performed admirably. I had multiple roasts and chickens out there for a couple hours and it kept temperatures like a champ and did not go out once. I was very impressed. But, even still, it used more pellets than usual for the task at hand. Overall, I am not too upset about it, more so I was annoyed knowing that It could have been a non-issue if I had the Insulation Blanket.

Today, things may have finally come to a rest with this series of unfortunate events.

The initial issue was tied to a lack of clarity surrounding the item I ordered on the Traeger Grill’s website. The grill I have is called the Traeger Renegade Pro. In every other model line there is a number associated with the item denoting its size in some manner. In the Renegade series the number denotes the size of the cooking surface, 20 inches, 22 inches, or 34 inches. For my specific model however, there is no number associated with it. Looking at what I needed to buy I saw that the blankets were associated with the size of the grill, so I looked at the size of mine and saw that it was in line with the 20 series. So that is what was ordered. It was an educated guess.

Once I received the blanket I was beyond thrilled, and hurried to place it on the grill. As soon as I went to put the top portion on it was obvious that the handle portion would not fit, leading to this support situation.

From the start, I was thrilled with how simple the process was. The representative had my account up with just my greeting and by the end of the 14 minute call, I was genuinely excited with the simplicity of the experience. The issue came with the amount of follow up and leg work I had to commit to be able to have an idea at where things stood. Each call the experience was fine, but I was given different explanations of what was happening, and of course the worst part was receiving the wrong replacement item.

I do still believe that this situation would have been resolved on the 3rd and I would be much happier if it weren’t for an issue with the warehouse sending the wrong part.

In both experiences with Traeger Support, the process has taken about a month to finally resolve everything, but in the end it was taken care of with no questions asked, and I have been happy with the final outcome. I do wish the process were quicker, but in both cases it was an item that seems to have limited stock (A blanket in the Winter, and a Leg at the beginning of a product’s run).

The process has not been the worst customer service experience I have had, and if it were not for the mix-up, it would have been one of the better ones.